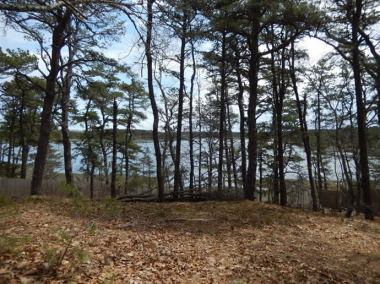 The DCNT approached WCT offering to acquire the property for conservation and recreation purposes until such time as WCT could take ownership. The agreement gave WCT time to fundraise and to make application for a Conservation Partnership Grant with the MA Department of Conservation and Recreation of the Executive Office of Energy and Environmental Affairs.

The Drummer Cove Link Lot, located on the northwest shore line of the Drummer Cove, was considered to be of highest conservation priority. The three quarter acre Link Lot parcel preserves critical coast line habitat and offers valuable public and historic benefits as well.  Once part of the historic and picturesque walking trail that led from Pleasant Point to the Pond Hill School in South Wellfleet, the Drummer Cove trail is now restored for public enjoyment.

Read a poetic perspective by Dwight Estey on this extraordinary property.